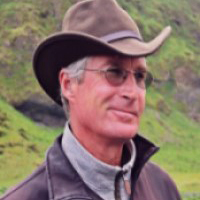 Andrew Carey earned his Ph.D. from the University of New Mexico in 2016 specializing in North American ethnography and studying relations between American Indian tribes and the national, state, and local governments as well as corporations and other organizations. He has conducted ethnographic research in two regions, the Great Basin and the Southwest. Working with the Pyramid Lake Paiute Tribe of western Nevada, he has pursued research on tribal policing and explored tribal sovereignty in researching the Pyramid Lake tribe’s successful efforts to save their sacred Pyramid Lake (Cui-ui pah).  He carried the archival research and prepared the documentation for the permanent historic exhibit at the Pershing County Court House in Lovelock, Nevada. He has also been involved in historic and ethnographic research on Pueblo and Hispanic communities in the Santa Fe, NM area. Andrew is also a fencing coach at Duke City Fencing.