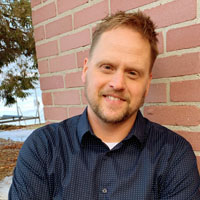 Ryan Swanson is anAssociate Professor and Chair of history, in the Honors College, at the University of New Mexico. He is also the Director of the Lobo Scholars Program. He earned his Ph.D. in history from Georgetown University 2008. His latest book, The Strenuous Life: Theodore Roosevelt and the Making of the American Athlete, came out in 2019. He is also the author of When Baseball Went White: Reconstruction, Reconciliation, and Dreams of a National Pastime, which won the 2015 Society for American Baseball Research (SABR) research award, and co-editor of Separate Games: African American Sport Behind the Walls of Segregation, which received a North American Society for Sport History (NASSH) book prize in 2017, and Philly Sports: Teams, Games, and Athlete’s from Rocky’s Town. Swanson has published a wide variety of articles and book chapters on the role of athletics in the United States.  He lives in Albuquerque, New Mexico with wife Rachael, three children (Carter, Tyler, and Kate), and his always-into-trouble dog Jackson.

Research Interest: role of sport in American society; the 19th century in US history; the role of race and racism; the intersection of higher education and athletics.